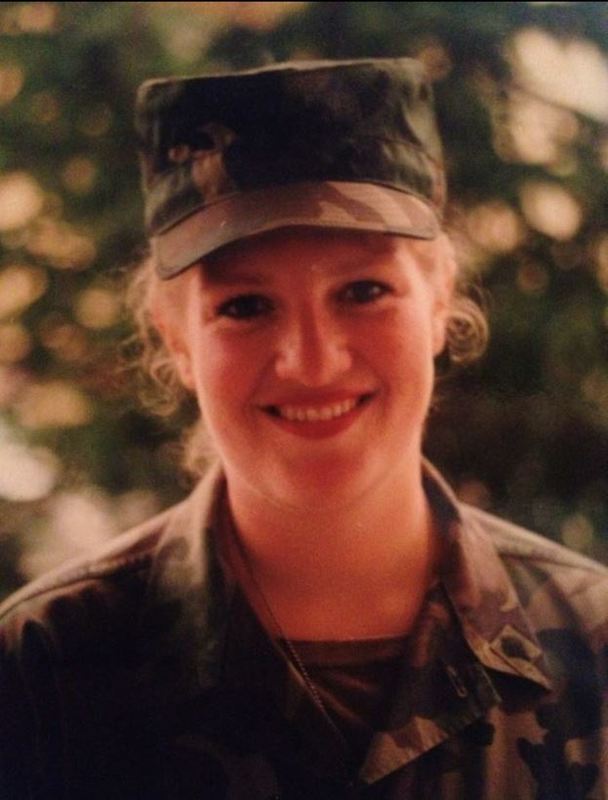 Candace Stender-Everts graduated from the University of Dubuque in 1993.  She grew up in Walcott Iowa, about an hour and a half south of Dubuque.  She recalls that one of her biggest influences was her grandfather, who had received his pilot’s license in 1942.  As she was growing up, they would often sit together and talk about aviation.  When he passed away, Candace received his logbook and pilot’s license, which she kept with her from then on.  When asked if she still has these, she replied enthusiastically “I do! It's right next to my logbook. I sure do.”

Other early memories that influenced her decision to go in to aviation include a time when she was in the 4th grade and took a flight alone to visit family on the east coast.  It was the landings and takeoffs that made a lasting impression on her, and from then on would contact the travel agent on her own to book as many layovers or connections as possible, because she “…wanted to experience as many landing and takeoffs as possible because I was just so in love with it.  I still laugh at myself for calling the travel agent which I did when my parent were at work.”

A couple of years after her first experience flying, she attended an air show at the Davenport airport.  It was here that she first saw a C-5 Galaxy that the Airforce had brought in, and she knew right away that that’s what she wanted to fly.

Candace chose to attend the University of Dubuque after being invited to campus for a tour of the facilities, and the Aviation Department in particular.  After a drive that Candace describes as “the most beautiful scenic drive I have ever been on”, touring campus, and sitting in a plane at the Dubuque airport, she had decided that “as far as I was concerned there were no other college options at that point and it was a done deal.”

While at the UD, Candace pledged to Alpha Eta Rho, and was a member of the flight team.  For all four years that she was involved, the flight team made it to nationals, however it was her junior year that was the most memorable:  “I was the only female on the team and I was the captain and at nationals that year I won the National Women Achievement Award in aviation”

Among her favorite courses in the UD Aviation program was Airline Management, where she met her husband.  And when asked if there were any professors at UD that were particularly inspiring, she mentioned Dr. James Lindsay, Ted Rebholz, and Jay Miller, and went on to say that Mike Glynn definitely inspired her the most.  “…he demanded perfection and we really respected him for that because he believed, and rightfully so, he put us under the pressure because pilots have to be good under pressure and he wanted us to be the best.”

Candace recalls that during her time at UD, the ratio of men to women in the Aviation program was around 10:1.  “I think that there were few female flight operation majors, I think that most of the females that were in the program were airport management majors.”  She also feels that being a woman gave her more opportunities.  She always felt like she was a part of the team, and had exceptional guidance.  “…we have has some great, strong female leaders with great abilities, that have squashed prejudice so I think that women in aviation, you just have to know what you are doing.”

While attending UD, Candace worked at Crescent Aviation, the only fixed base operator in Dubuque.  After graduation, she did similar work at the Maquoketa airport before enlisting in the Army where she became an air traffic controller in Germany, which she ended up loving more than flying.  She retired from the Army in 1997, and has enjoyed the time spent with her husband and children.  “I love it, I still love it and my dream job would be an air traffic controller if I could get back into it.”

She still enjoys talking aviation, and the field as a whole, and between her and her husband, has passed this love on to their children.  “We have two girls at the Air Force academy, who are going to have amazing flight opportunities, and our son is a senior at the Naval Academy.”