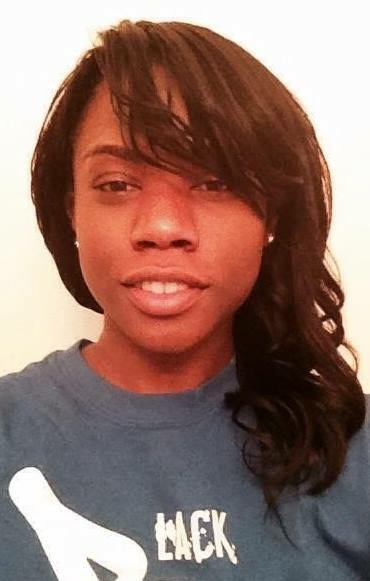 Ekimini (Kim) Rowe graduated from the University of Dubuque in 2016 with a double major in Aviation Management and Business Administration, and now works as the Operations and Safety Coordinator at Gary Chicago International Airport.

Kim grew up in Illinois, in the Chicago area.  It was while here, in high school, that she went to a recruitment event called Master Flight that was designed to try to diversify the aviation and aerospace industry. (At the time, 95% of the industry was white male.)  This sparked her interest in the field, and she points out that “I don’t think I went looking for aviation, aviation found me.”

Despite her family thinking aviation wasn’t a woman’s place, she met with some University of Dubuque recruiters at an airport event in the Chicago suburbs, which included Jim Nevland and flight instructor Brett Hoben (who now works for the FAA).  Ultimately, she decided to come to UD because they offered her the best financial aid package.  While here, she developed a close relationship with both Henry Grubb and Mike Phillips.  It was with the latter that she learned about a Tuskagee airman from Dubuque, for whom she is currently setting up a memorial.

She estimates the ratio of men to women in the UD program during her years here was 4:1.

When asked if she viewed being a woman in the field as an obstacle or something that opened doors for her, she said, “It can be an obstacle if you don’t like being in the room by yourself with a whole bunch of men, and yet it can also be to your advantage, because you know when you’re a minority in a field like that, you can make a name for yourself. It depends on how you look at it.”  She also went on to say that she didn’t experience gender discrimination, but did experience racial discrimination after graduating, and had trouble at first getting a job in the industry.

Before her position at the Gary Chicago International Airport, she worked in finance.  Her next goals include getting her pilot’s license, and to continue to get kids of color interested in aviation.  Currently, The Tuskagee Airmen- Chicago has air rallies once a month, where she works with others to get children of color in, where they can get an introductory flight.  “As a person of color, in my community, we don’t have an intelligence issue, we have a resource issue. A lot of kids of color - they are not aspiring to be pilots, engineers, and stuff like that – just because it’s not marketed to that community … Getting kids exposed to it is a start, because they’re only going to do what they see at the end of the day.”