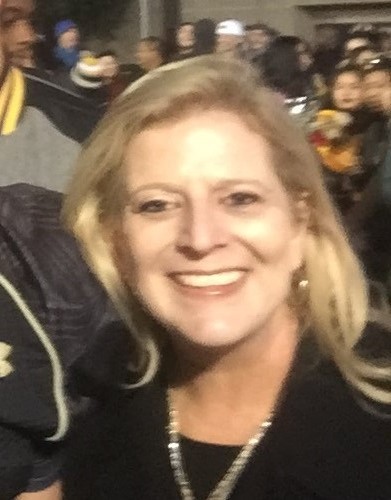 Heidi Newell graduated from the University of Dubuque in 1991 with majors in Aviation Management and Business Administration.  During her time at UD, her favorite classes were Airline Management and Airport Safety.  She remembers that ratio of women-to-men was really small, around 3-to-20, and states that she didn’t receive any discrimination based on her gender:  “I was the only woman in the class, that was a difference, but I was never treated differently.”

After graduating, she started working as a reservation agent in a call center (Southwest Airlines) in Texas, which was made up of mostly female workers.  In the early 90s, there were so few aviation jobs to choose from- “I wanted to work for an airline – I wanted to get my foot in the door.”  Heidi stayed in this position for about 4.5 year, then transferred over to the finance department and where she worked for almost 5 years.  Now, for the last 18 years, she has been in the revenue management and pricing department.  In 2018, she celebrated her 26th year working for Southwest Airlines.

For her positions with Southwest Airlines, Heidi states that her aviation degree didn’t actually help her you much at first, but it does help her out now- having a basic knowledge of airlines and how they work, and the different jobs is a real asset.

Heidi’s advice for any women going in to the field: “If they’re interested in it, they should do it, it’s exciting, it’s fast-paced, you’ll get to see the world and meet fun people.”