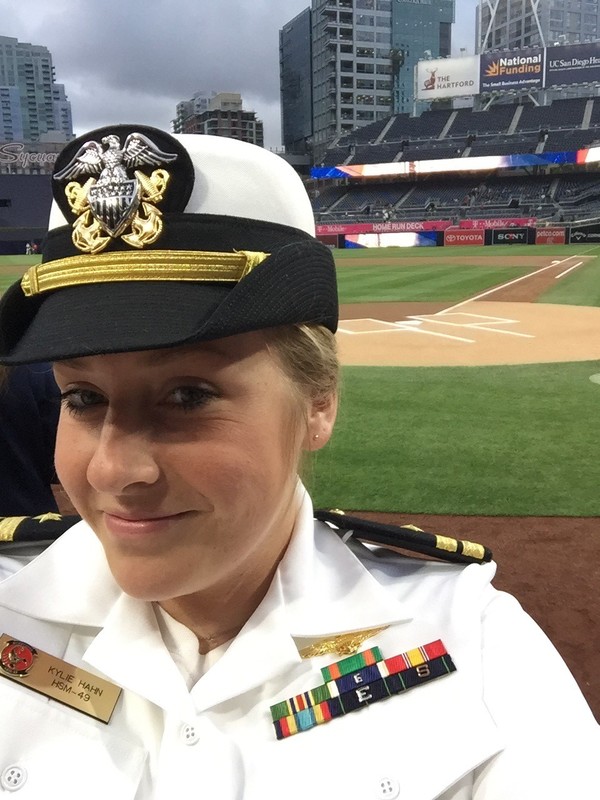 Kylie Hahn became interested in aviation and the military from her grandfather who was in the Air Force. She wanted to fly for the military and knew that she would need a college education to do so. Kylie had chosen the University of Dubuque as it was only a few hours away from her family in Des Moines. Kylie entered the Aviation program in UD straight out of high school with no prior flight experience.

The most memorable class for Kylie was Aviation Safety. Students would examine some mishaps and the causes. Kylie believed that this class was the most impactful because it appealed to the hazardous mindset of invincibility and showed just how real aviation can be.

Her role models during her time in college are Polly Kadolph and an ROTC instructor in a class that she took in her first couple of years at UD. However, she did not join the ROTC at UD due to the fact that it was through the Army and that she had already set her sights on the Navy.

Kylie enjoys working with Women in Aviation to show younger women the career is not just for men. Women in Aviation works hand-in-hand with the military in trying to recruit more women to join aviation. Kylie was the only female pilot in her year. There were more female student pilots and at least three or more female instructors outside of her year. Kylie did not have a hard time being a female in aviation; she did not notice any advantages nor disadvantages.

After she had graduated, Kylie went to Officer Candidate School for the Navy. She now flies helicopters in San Diego. Her helicopter is the MH60R, an anti-submarine platform, anti-surface platform, electronic warfare, search and rescue, medical evacuations, logistics, kind of a jack-of-all trade’s sort of platform.

Being a helicopter pilot herself, she is interested in UD's helicopter program and continues to follow the news on it as it develops.